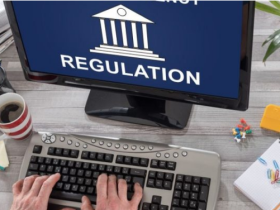 Table of Contents
Amidst the Market’s Correction
Which services does Elwood offer to its customers?
Goldman Sachs and Barclays, have joined forces to make an investment in Elwood, which is regarded as one of the most promising cryptocurrency platforms in the United Kingdom. As part of their development into digital financial products and services, the two largest banking organizations in the world, According to Goldman Sachs’ global head of digital assets, the firm is expanding its market capabilities to meet the growing demand for cryptocurrencies from established institutions. Elwood Technologies, a well-known institutional crypto trading organization, was established by the renowned British hedge fund manager Alan Howard. As a result, the titans of the financial industry have participated in a Series A investment phase for the company, which has received $70 million.

Amidst the Market’s Correction

According to a story in the Financial Times, participants in the funding round include not only the pair of Goldman Sachs and Barclays, but also the well-known German bank Commerzbank, which is well-known for its crypto-friendly policies. Other members of the funding team include bitcoin investment manager Galaxy Digital and Dawn Capital. As a result of the successful fundraising effort, the worth of the recipient company, Elwood Technologies, has increased to $500 million. Curiously, the funding round occurred during a period in which the cryptocurrency market was in free fall, which caused investors and traders to suffer massive losses in the value of their asset portfolios. However, Elwood is convinced that traditional financial institutions such as banks and managers of hedge funds will continue embrace solutions related to digital assets in the years to come. ALSO READ VT Markets Review: Is VT Markets a Scam or a Legit Trading Platform? Bitcoins Market Reviews: Is Bitcoins Business Scam or Legit? Is LUNA Foundation Currently Offering Purchased Bitcoin At A Discount? One thing to keep in mind is that the Elwood round of funding had already been completed prior to CoinMarketCap reporting a 15% market capitalization wipeout on crypto since May 9. James Stickland, the CEO of Elwood Technologies, highlighted that the investment round has given more support to the long-held notion that cryptocurrency is here to stay. He did this while brushing off the price decrease that has been hovering over the market for the previous couple of weeks.

Stickland claims that because these traditional financial institutions are investing in Elwood’s financial infrastructure, the firm is able to attract investments from traditional investors who are interested in either the long-term or short-term benefits of their involvement.

Which services does Elwood offer to its customers?

Elwood Technologies is a provider of cryptocurrency management systems. They offer significant market information as well as trading services to institutional investors. Additionally, they provide an interface that connects cryptocurrency exchanges, custodians, and liquidity providers. “We are committed to cryptocurrency investment and expansion because of institutional demand for crypto products and services,” Goldman Sachs’ head of global assets, Mathew McDermott, said about the new transaction. The current funding also signifies Goldman Sachs’ continued development into digital assets, which is significant. In the early days of this month, it solidified its position as the first investment bank to offer a Bitcoin-backed loan to borrowers on the cryptocurrency exchange site Coinbase. For a long time, the investment banking powerhouse has expressed interest in entering the digital finance arena. When it comes down to it, the collaboration between conventional financial institutions and companies that invest in and fund cryptocurrencies is the optimal method to accept digital assets. CHECK OUT https://www.gistlobby.com.ng/category/mlm-or-forex-reviews/
Tags: Barclays Elwood Goldman Sachs UK-based Crypto