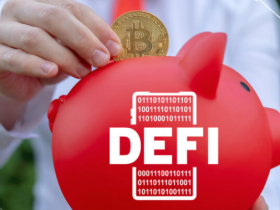 In light of the most recent developments in the realm of stablecoins, USDT (Tether) has announced that it will be organizing a chain swap for the transfer of USDT assets acquired from the TRC20 of Tron’s blockchain to the blockchains of Avalanche and Ethereum. Tether announced in a statement that was published on Twitter that up to one billion dollars’ worth of USDT assets are going to be transferred from the blockchain of Tron to the blockchain of Ethereum. While we are focusing on the bright side, Avalanche is going to receive an additional 20 million dollars’ worth of USDT. Tether brought to everyone’s attention the fact that this particular method will not affect the overall supply of stablecoins. It was also mentioned that Tether will only need a few minutes to work with a third party in order to carry out a chain swap. This will involve the transfer of assets to Ethereum ERC20 from Tron TRC20 for 1 billion in USDT, as well as to Avalanche from the same Tron TRC20 for nearly 20 million USDT. Both of these transactions will be paid for in USDT. ALSO READ Bitcoins Market Reviews: Is Bitcoins Business Scam or Legit? Grayscale Makes New Attempts To Turn Its GBTC Into An ETF Is LUNA Foundation Currently Offering Purchased Bitcoin At A Discount? According to the site, there won’t be any changes made to the cumulative supply when it comes to the respective method. The remark was made amid times of heightened anxiety around the possibility of a crash in the value of stablecoins in the wake of the most recent fiasco that involved LUNA (Terra) and UST (TerraUSD). On the 12th of May, the price of USDT had a number of changes in addition to this, including a decrease to a level below around 99 cents across many exchange sites. Because of this, people’s expressed concerns about the most prominent stablecoin are rising on a daily basis and becoming more widespread.

In spite of this, Paolo Ardoino, the Chief Technical Officer of Tether, stated that the platform possesses a resilient conservative portfolio that includes cash as well as equivalents to cash in an interview. He also stated that the portfolio is liquid. This takes into account commercial paper assets, treasury bills, and currency market funds, among other financial instruments. In addition to this, Ardoino revealed that the persistent spread of misinformation about stablecoins is a money-making flood that is to the profit of some of the traders. According to his explanation, certain businesses are purchasing USDT from a select group of exchanges at prices lower than one dollar, and then later redeeming it at prices higher than one dollar on Tether and Bitfinex platforms. In the meantime, Do Kwon, the founder of Terra, has just disclosed his plan for the recovery of the stablecoin peg associated with the UST. In his words, the goal will be to engross the stablecoin supply for someone who intends to resign before the UST is re-pegged. This will take place in advance of the re-pegging. A rise in the base pool from 50 million to 100 million extraordinary drawing rights was predicted by Do Kwon as a result. CHECK OUT  https://twistok.com/read-blog/6742_more-than-25-fully-funded-scholarships-are-available-for-international-students.html
Tags: Ethereum Tether