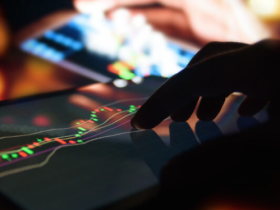 How to Keep Trading Journal and Benefit from It

The value of one BTC has dropped to roughly $21,219 at the time of writing. Large-cap digital assets show losses on a daily and weekly basis in the current market.

On the 15th of June, the whole cryptocurrency market was still below $1 trillion, and bears appear to be resolute in their efforts to push prices lower. Investors’ willingness to take risks has dwindled as a result of recent market declines and expectations that the Federal Reserve will raise interest rates. Leading cryptocurrencies like Bitcoin and Ethereum saw their prices plummet to new yearly lows as a result of the shock. As of the time of writing, the total market capitalization of all cryptocurrencies was $935 billion, down 3.68 percent from the previous day.

An uneasy start to the week has been reported by Atato Chief Marketing Officer Charles Tan, who claims that many of the top cryptocurrencies have suffered losses. This past day, the whole cryptocurrency market capitalization was just below $1 trillion, with an aggregate cryptocurrency volume of $151 billion. By suspending essential services like withdrawal, Tan claims the major cryptocurrency lending network triggered fear in the market.

Report: Crypto hackers can take advantage of a vulnerability in Intel and AMD processors.

Before the Federal Reserve’s decision to raise interest rates, most markets were in the red. According to current market expectations, the Fed will raise rates by 75 basis points during its next meeting. The fact that exchange inflows have spiked in the last two days, as evidenced by Glassnode statistics, suggests a fear-based market attitude as investors sell to flee the crypto realm. Vauld CEO Darshan Bathija thinks so.

In December 2020, the price of Bitcoin was hovering at $21K, a level not seen since then. Crypto’s bellwether price was trading at $21,219 at the time of this publishing, down 6.92 percent from the previous day’s closing price. Ethereum, meanwhile, fell 7.97 percent to $1,127 in trading.

BTC has lost more than 20% of its value in the last several days, while the Dollar Index has risen to 106. After losing a crucial foothold, BTC’s daily trends have printed a declining pattern. At $19K, the cryptocurrency has a solid base. As it turns out, near the 200-week moving average, Bitcoin has found solid support. This has only happened three times, and each time the markets went on an uptrend with consolidations lasting a few weeks.