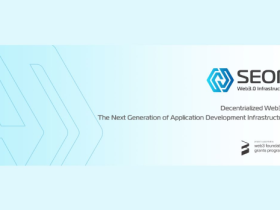 According to reports from local news sites, the cryptocurrency exchange known as Nox Bitcoin appears to have finished the process of refunding rounds to all UST holders on its platforms at the rate of $1 using the Tether USDT.

According to the sources, the exchange company sent out close to 127 thousand dollars to compensate all of its clients who had been adversely affected by the recent collapse of the Terra market.

Speculation has already begun to circulate on the reasons that led to this action. In spite of the fact that it has established a standard that other exchanges might follow, a debate has emerged on whether or not cryptocurrency service providers should be required to compensate their customers for any UST losses they incur.

One Dollar Each for the Fortunate Few

The exchange made it clear that it was ready to compensate for the fluctuation in the value of the dollar prior to the break in the dollar peg maintained by the UST. This means that a holder of UST who possesses 100 UST with a value of $0.06 will be entitled to a return of 94 USDT.

The Chief Executive Officer of Nox Bitcoin, Joo Paulo Oliveira, has indicated that not all consumers are eligible for reimbursement, since only those who have staked in UST goods would be compensated. He does remark, however, that the intervention was carried out in order to instill confidence in the company among the clientele.

The chief executive officer continued by saying that customers had placed their faith in the exchange by contributing their investment, and that the company should use this as an opportunity to earn back their customers’ trust. Because of this, the business has made the decision to compensate its clients, despite the fact that doing so will result in an increased expense for the company.

Nox Bitcoin provides a number of different staking services, the most popular of which is the one utilized by the majority of UST holders on the Anchor protocol.

The fact that the decentralized protocol gives investors a high yield despite the fact that this is not thought to be sustainable is widely seen as a contributing factor to the recent collapse of the Terra Network.

During this time, the CEO of the company has mentioned that the exchange is waiting to see the next step that will be taken regarding the continued listing of LUNA and UST on its platform. The chief executive officer of Nox Bitcoin disclosed that this may very well be the end of the Terra ecosystem.

The unpredictability of the cryptocurrency sector, on the other hand, provides grounds for optimism because anything may take place at the speed of light, including the possibility that the Terra network will make a comeback.

The UST Keeps Going Down Further and Further

According to CoinGecko’s data, at the time of publication, the Terra UST has fallen further 23 percent in a single day, bringing its trading price down to $0.056.

The UST is universally understood to be a “unstable coin.” It has retraced 94 percent from its dollar peg and there is a possibility that it will never return to the value it had before without intervention from its parent corporation.

Because of this, any attempt at a comeback by the Terraform Labs team will necessitate a stronger determination to bounce back.

Even though it has also experienced a major price drop, Terra’s native token, LUNA, still has a sizable supply of 6.5 trillion coins in circulation and a market valuation of $688 million as of this writing.