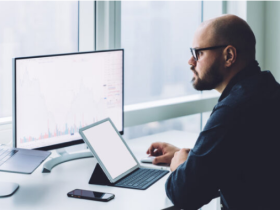 Table of Contents
ATH still has a few more years to go.
The Graphs of Bitcoin

Bitcoin has climbed back above $20,000, but there hasn’t been much of a rise since then. This has led people to wonder if the digital asset will ever be able to get back to its all-time high. Changpeng Zhao, the CEO of Binance, has weighed in on this debate and said that this kind of recovery shouldn’t be expected any time soon.

ATH still has a few more years to go.

In a recent report, the CEO of Binance, the largest cryptocurrency exchange in the world, said that he thinks bitcoin will go down in the short term. The digital asset, which hit $69,000 in November of last year, hasn’t been able to get back to that point, and Zhao has said that it won’t be getting back to that point any time soon. 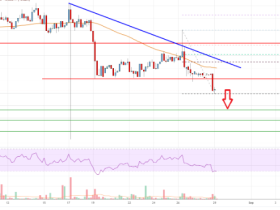 The founder said that it’s not all bad because the price today would have been a great deal four years ago. One example is when bitcoin was at its highest point last time and was almost at $20,000. Before the market went into a bear market, investors were happy with this price.

What are the limitations of Bitcoin?

After The Crypto Slump, Coinbase Has Launched A Derivative Of Cryptocurrency

What’s Next for Investors in Enjin Coin (ENJ) After Its Rally of 25 Percent?

The Graphs of Bitcoin

Recently, the value of Bitcoin has been going up. After falling to as low as $17,600, the current price has given investors a much-needed break. But as the market starts to even out, more signs of weakness are starting to show up.

In the last two weeks, investors have lost a lot of faith in bitcoin, which has hurt their confidence. Also, bitcoin closed another week in the red, making it the case that it has had more red closes than green closes so far this year. So, it has made it easier for bears to control the market, especially in the short term.

The market is still in danger of going below $20,000 because of the sales that keep happening. So far, it hasn’t been able to break through the $21,2176 resistance point. But support is building up at $20,090, which shows that bulls don’t plan to give up without a fight.