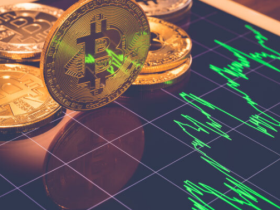 Table of Contents
Jews, Turks, Pakistanis, and Cubans all call the Bored Ape Yacht Club home.
It was founded by a group of gamers with a good heart.

On June 24, Wylie Aronow, better known online as Gordon Goner and co-founder of Yuga Labs, the company behind the Bored Ape Yacht Club (BAYC) collection, went on Twitter to talk about the “misinformation campaign” that says he and his team are “super-secret Nazis.”

Goner said that he used to pay attention to what he called “incredibly unbalanced” accusations, but he didn’t give as detailed of a response as he did today after a YouTuber posted an hour-long video of an alleged 6-month investigation showing what he thinks is a link between the BAYC corporate image and Nazi symbols.

Nearly 900,000 people have seen the film, which has sparked a lively discussion.

He started the thread by mentioning that the BAYC founders are a group of buddies from the Jewish and Turkish communities. In fact, Goner’s wife is a Mexican-American woman. The Bored Ape Yacht Club and its members, he contends, have nothing to do with the Nazi movement because of this fact.

Goner said that Ryder Ripps, an anti-BAYC activist who sold a copy of his NFT collection on OpenSea for $3.5 million before his account was terminated for infringing intellectual property regulations, was behind all of these charges.

Ryder Ripps is a satirist, artist, and phunk on Twitter, where he presently has 29K followers. His claims against Goner have been pinned to his profile.

It was founded by a group of gamers with a good heart.

Yuga Labs was called after a Zelda villain who can turn himself and his buddies into 2D art, which made sense given the NFT collection they planned to produce. Goner also mentioned that he and his friends were a group of nerds who liked massively multiplayer online role-playing games like Warcraft.

“It’s ramshackle and dive-y because we never planned to take the logo so seriously, and that’s why everything about BAYC was conceived in a sense of irreverence and absurdity,” he said. Which is quite the opposite of what Ripps believed.

Goner also published the email that he had sent to the person who designed the club’s emblem, in which he said that the club’s influences were references to Goner’s personal preferences in punk music, skateboarding, and navy flags, among other things. There was no mention of the Nazis or anything like that.

Eminem and Snoop Dog created a video today where they transform into two of the boring overalls they have in their collections and begin to sing. Regardless of the controversy, BAYC remains the collection of choice for celebs and socialites.

The first month’s fees on Binance Futures are waived when you sign up using this link only for Binance Free $100 (Exclusive) (terms).
Special Offer from PrimeXBT: To obtain a bonus of up to $7,000 on your deposits, follow this link and register using the code POTATO50.