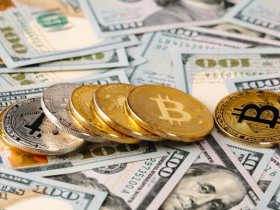 Cryptocurrency executives have donated more than $150,000 to Senator Kirsten Gillibrand.

Table of Contents
According to Crypto Leaks, Ava Labs and Roche Freedman Have a Secret Connection.
The Words of Gün Sirer

Emin Gün Sirer, CEO and founder of Ava Labs, responded on Twitter to the “inflammatory” comments made in the article.

According to Crypto Leaks, Ava Labs and Roche Freedman Have a Secret Connection.

The cryptocurrency Avalanche is currently at the heart of a major scandal.

The crypto “whistleblower” Crypto Leaks published an article on August 26 alleging that Ava Labs, the company behind the Layer 1 blockchain, paid the law firm Roche Freedman around one percent of the total supply of AVAX tokens and stock in Ava Labs to initiate lawsuits and class actions against some of Ava Labs’ competitors.

In addition to their recent lawsuit against Binance.US over Terra’s demise, Roche Freedman has also launched a lawsuit against Solana Labs, alleging that SOL is an illegal security.

Several videos purport to depict founding partner Kyle Roche alleging that Roche Freedman was paid to assist Ava Labs and attack its competitors, notably Dfinity and Solana, as detailed in the Crypto Leaks report. The person in the videos who is said to represent Roche claims to have made a deal with Ava Labs in September 2019 and to have received Ava Labs stock before even Andreessen Horowitz. He claims, “In September of 2019, we struck a deal where I committed to give legal services in exchange for a set percentage of the token supply.”

The individual then claims to be “about a point” in tokens and equity, which is presumably a percentage. The subject claims that his share of Ava Labs’ equity was equivalent to about a third of what Kevin Sekniqi, the company’s co-founder and chief operational officer, received.

The undercover agent then responds, “you utilize [litigation] as a strategic instrument to help Ava Labs,” after he calls litigation “an overused tool.” Correct, is what he says in response. The subject also says he lives with Sekniqi at the moment in the videos.

Later, the person claims to have firsthand knowledge of the crypto space’s inner workings. I litigate half the companies in this field, therefore I can predict the market, he claims. He then goes on to assert that Ava Labs has been overlooked by U.S. regulators because of Roche Freedman’s litigation. He explains why no lawsuits have been filed against them: “I’m in charge of making sure the SEC and CFTC have other targets of interest.” He also says he has worked to make sure Ava Labs is not subject to “any sort of regulation.”

The Words of Gün Sirer

The Crypto Leaks article was widely shared over the course of the weekend on Crypto Twitter. Emin Gün Sirer, CEO and founder of Ava Labs, made a statement on Twitter after several major figures in the cryptocurrency industry picked it up late on Sunday. I don’t understand how anyone could take the conspiracy theory garbage on Cryptoleaks seriously. In his post, he stated emphatically, “We would never engage in the illegal, unethical, and just plain wrong activity suggested in these self-serving films and incendiary piece.” “The results of our technology and hardworking staff speak for themselves.” As for Sekniqi, he called the study “stupidity to the highest mega giga level written by some ICP conspiracy site.”

Neither Ava Labs nor any other company is mentioned on Roche Freedman’s LinkedIn, and there is no further evidence that the two are affiliated.

Avalanche’s official Twitter account is one of its 627 followers, and Gün Sirer has previously referred to Roche Freedman as “high notch.” Roche’s account is followed by Avalanche, Gün Sirer, and Sekniqi.

With the help of a nine-figure financing headed by Polychain Capital and the now-defunct hedge fund Three Arrows Capital, Avalanche was one of several Layer 1 networks to see a spectacular surge during the crypto rally in 2021. Its value, which peaked at just less than $145 in November 2021, has fallen in line with the rest of the cryptocurrency market. The stock dropped $8.6% on the day’s rumors and is now trading at around $18.42.

At the time of publication, Crypto Briefing has not heard back from Ava Labs or Roche on a possible official statement. Decentral Media, Inc. makes no claim or warranty as to the timeliness, completeness, or accuracy of any material on or accessed through this website, even though such information has been compiled from sources we believe to be accurate and reliable. Decentralized Media, Inc. does not provide financial advice. We do not provide individual recommendations regarding investments or other financial matters. Disclaimer: We reserve the right to make changes to this site and the content at any time. There is a possibility that any or all of the data shown here will become irrelevant, incomplete, or incorrect over time. We reserve the right, but have no obligation, to correct any out-of-date, incomplete, or incorrect details.

Nothing on this site should be construed as investing advice, and you should not use it to make a judgment about participating in an initial coin offering (ICO) or any other type of investment. If you need help making a decision about an initial coin offering (ICO), initial exchange offering (IEO), or any other type of investment, you should talk to a certified investment advisor or other qualified financial professional. We don’t take money to review ICOs, IEOs, cryptocurrencies, fiat currencies, token sales, securities, or commodities.