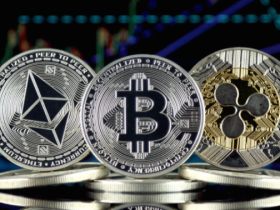 A Chinese governmental agency presented the country’s Metaverse Development Action Plan for Beijing’s urban sub-centre on August 23. A timeline of 2022–2024 has been proposed for this endeavor.

The translated paper states that the Web3 Innovation Strategy has been unveiled in the Tongzhou Region of Beijing Municipality. This action plan is intended to promote the growth of Metaverse-related businesses.

It would also aid the growth of a high-tech, urban area with its own unique digital characteristics. Additionally, it would aid Beijing in constructing a model city to represent the digital economy.

This initiative would photograph various city locations and display them in the virtual world. Additionally, it would facilitate the coexistence of the physical and digital economies.

In addition, the plan required the construction of a solid foundation for the digital infrastructures that would host the Metaverse. It also emphasized the need for a structured intellectual property security system to protect users and businesses.

Widespread initiatives may be helping web3 development, but some fundamental worries about government centralization still exist. Be[In]Crypto had previously stated that China sees great potential in blockchain technology, even if it continues to ban private cryptocurrencies and pushes for stricter regulation of NFTs.

The Expanding Metaverse Market in China

Shanghai’s five economic revival plans all relied heavily on NFTs, Web3, and the Metaverse. In the meantime, the latest revelation comes at a time when unemployment is high and China’s GDP estimate has decreased.

Citi and Goldman Sachs recently lowered their projections for China’s GDP growth in 2022 from 3.9% to 3.0% and 3.5%, respectively.

Many in the technology sector are also feeling the pinch of the world economy’s inflation. This has led to layoffs in the crypto industry as well.

However, reports indicate that the expanding Metaverse sector in China has served as a recruitment hub. The government is among those advocating for the development of the Metaverse and Web3.

Culture, tourist destinations, cultural belts along the Grand Canal, and unique towns would all contribute to the full chain pull that this plan would create. Since March, over 4000 Chinese companies have entered the virtual world.

The Hang Seng China Metaverse Index was unveiled in June. The index was designed to track the performance of Chinese companies working on Metaverse projects.