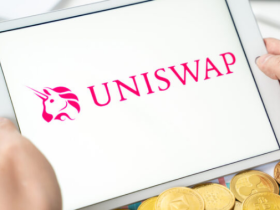 The governor of the Central Bank of Nigeria (CBN) has emphasized on the possibilities of crypto. According to the governor, digital currencies have improved the finance industry.

They have also compelled most financial institutions to change their business practices. This will allow them to incorporate cryptocurrency into their business.

On July 15th, Daily Nigeria reported that CBN Governor Godwin Emefiele mentioned cryptocurrency at the MPC retreat. Despite the risks associated with crypto and fintech, he believes they have possibilities.

Emefiele stated that these technologies promote financial inclusion, hence promoting growth and alleviating poverty. As a result, nations must pay attention to them.

AI, fintech, crypto, machine learning, and digital payments, he claims, have transformed the banking system. As a result, he believes financial firms should reevaluate industry regulation.

For example, the bank once penalized four banks a total of 800 million Naira ($1.9 million). This was supposedly to encourage cryptocurrency exchanges in 2021.

The emphasis is on a new strategy for cryptocurrency regulation.

According to Emefiele, the country must devise a new approach to change its monetary rules. This is to make way for cryptocurrency use, which has a lot of potential.

In addition, the governor stated that the central bank’s Monetary Policy Committee (MPC) would work on this strategy. It would pursue a novel approach to improving the country’s financial system.

“MPC members must have specialized knowledge of how digitalization interacts with financial policy aims, objectives, and instruments.” This is required to ensure that the banking and financial regulators can function in the new digital world.”

In Nigeria, the number of cryptocurrency users is increasing.

The Nigerian government has been obliged to regulate the cryptocurrency business in general. This is due to the fact that the majority of the country’s population own various crypto assets.

In April, the cryptocurrency exchange platform KuCoin conducted a study in the country. According to the findings, nearly 33.4 million Nigerians aged 18 to 60 owned cryptocurrencies or were involved in cryptocurrency trading.

This represents approximately 35% of the national population. Because of the fragility of the Naira, most Nigerians currently use cryptocurrency as a store of wealth. They also use it as a means of money transmission.

In reaction to the development of digital currencies, the CBN has tightened rules. The country’s central bank has investigated unauthorized cryptocurrency service providers.