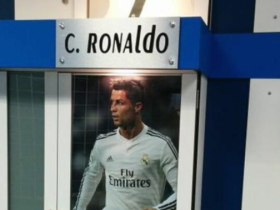 In light of the first-ever officially reported payment made in cryptocurrency for the sanctioned country’s international trade, Iranian importers are emphasizing the need for stable regulations to continue trading through cryptocurrencies.

The head of Iran’s Importers Group and Representatives of Foreign Companies, Alireza Managhebi, was quoted on Saturday by some local press as saying that the country needs a solid regulatory framework and infrastructure in place before it can begin using cryptocurrency for imports.

He wondered if, even if the government crafted dependable regulations to deal with crypto usage eyeing, they wouldn’t be changed within a couple of months, putting at risk the livelihoods of businesspeople already engaged in the field. Additionally, Managhebi voiced skepticism regarding the idea that the dollar’s dominance could be ended through the use of cryptocurrency on an official level for imports.

He drew particular attention to the danger of alternative payment methods giving rise to rent-seeking business coalitions. On August 10, Iran placed its first international import order using $10M worth of cryptocurrency. Peyman-Pak did not disclose any information regarding the crypto usage or the imported goods.

But he did say that the $10 million order was just the beginning of several international deals that will be settled with the help of cryptocurrency. In 2017, the Islamic country made a number of attempts to accept crypto. After three years, the legislation was amended in October to permit the use of cryptocurrency to pay for imports.

The Trade Ministry of Iran granted thirty cryptocurrency miners operating licenses in June of last year. Under this stipulation, miners would have to make a direct exchange with the national reserve. The country is currently compensating for imports with the respective mined tokens.

Iranian authorities have recently revealed that, since the conclusion of events in March, they have seized 9,404 illegal crypto mining devices in Tehran. Reports indicate that Iran’s relatively inexpensive electricity costs have contributed to a rise in cryptocurrency mining. U.S. sanctions that have prevented Iran from accessing the international financial system have also helped boost cryptocurrency usage and mining.