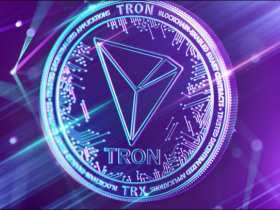 What You Need To Know About Tron Mining

Table of Contents
As the protector of childhood, provide medical care for children who are ill.
Charity is an ongoing endeavor.

On August 19, a group of compassionate volunteers traveled to Cumaná, Venezuela, to spend the day at the Hospital Universitario Antonio Patricio de Alcalá (HUAPA). They visited the pediatric wards of the hospital while wearing costumes and acting as popular children’s cartoon characters like Spider-Man and Elsa. While doing so, they carried books and toys as gifts for the sick children who were being treated there. This is a charity event for children in Venezuela who are suffering from illness, and it was methodically arranged for them by CoinEx Charity, a global charity. During the event, the charity gave sick children gifts, including 500 cakes, 300 fruit bundles, and 130 toys, as well as hired actors to play cartoon characters. The event was also attended by actors. CoinEx Charity has high expectations that the warmth and joy that the cartoon characters and gifts bring to the children will help them temporarily forget about their disease and the agony that they are experiencing. The day of the occasion, the youngsters greeted their unique “friends” and received presents and toys in return. They also got the opportunity to play games with their favorite cartoon characters, which brought a lot of joy and laughter to the wards. The joyful atmosphere helped children feel less anxious, and they were able to temporarily forget about their suffering as they focused on the happiness and presents that had been delivered to them by their heroes.

As the protector of childhood, provide medical care for children who are ill.

Children are fearless and carefree because childhood, the best beginning of life, is filled to the brim with joy and wonder, but disease robs some children of the opportunity to experience such joy and wonder. CoinEx Charity established the Multi-Million-Dollar Charity Fund in 2022 with the intention of enhancing the standard of living of marginalized communities all over the world. The nonprofit organization, which places a primary emphasis on the health and happiness of children and adolescents, has provided financial assistance to low-income families that have sick children in order to reduce the emotional and financial burden such families are under. CoinEx Charity sought out local performers who have a passion for giving back to the community and enlisted them to assist arrange and execute this surprise party for the purpose of uplifting the spirits of sick children and enhancing their overall health. The performers inspired the children to face their health challenges head on by donning costumes of their favorite cartoon characters, so bringing the children a step closer to the role models they look up to. The group crafted a magnificent cartoon world for the children, along with a nice memory from their youth for everyone of them. Throughout the course of the event, the CoinEx Charity prepared presents and refreshments for more than 120 sick children who were being treated at the HUAPA Hospital. These included: 200 breakfasts, 300 fruit packages, 200 juices, 80 infant supplements, 500 cakes, and other items. The children who were being cared for in the hospital were taken completely by surprise when they received these thoughtful gifts. At the hospital, CoinEx Charity was showered with thanks from both the parents and the medical staff; in addition, the children themselves smiled happily to convey their appreciation.

CoinEx Charity has never ceased working toward achieving its philanthropic aims. In addition to its trip to Venezuela, the organization made a stop at the Uniuyo Teaching Hospital in Nigeria, where it made a donation of medical supplies for children who were ill there. Recently, it formed a partnership with KAUV (Hope Foundation for Children with Cancer), which is situated in Turkey, in order to fund unwell children and provide them with access to high-quality educational opportunities. The relevance of charity has left an impression on the organization, particularly during those programs that are geared toward children. CoinEx Charity is appealing to people all around the world to help underprivileged children by performing charitable deeds that will enhance the quality of their living and educational environments. If we work together, we can ensure that every child has a healthy and joyful childhood!

Charity is an ongoing endeavor.

Helping those in need needs unselfish actions. CoinEx Charity remains steadfastly committed to its founding purpose and continues to make contributions to the philanthropic cause of shielding underprivileged people all over the world. Its primary focus is on the living situations of children all over the world, and its ultimate goal is to develop into a loving and compassionate corporation dedicated to philanthropic causes while simultaneously respecting its corporate duties through concrete acts.

The CoinEx Charity will continue to pay close attention, in the future, to the educational opportunities and living conditions of these children who have special needs. In addition to this, it encourages caring people all around the world to look out for members of vulnerable communities, such as children who are ill or who are experiencing any number of challenges, and to do everything in their power to assist and safeguard children. The mission of CoinEx Charity is to create a supportive social environment for children and to ensure that they have a joyful childhood.