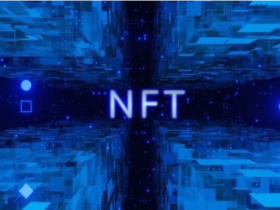 According to an official statement from Huobi, the popular cryptocurrency exchange will cease operations in Thailand.

Why is Huobi leaving Thailand?

The main reason Huobi has been leaving Thailand could be related to issues with Thailand’s financial regulatory agencies last year. Huobi was accused of violating some of the regulator’s rules. Huobi, however, claimed otherwise. As a result, it is not surprising that regulators chose to revoke Huobi’s license.

According to recent Missing link data, Thailand ranks third among countries with the highest DeFi adoption rates worldwide. The United States and Vietnam are ranked first and second, respectively.

While Thailand’s government is pro-crypto, they are taking precautions to ensure that industry participants are not misusing it. Thailand had eight licensed cryptocurrency exchanges as of the beginning of this year.

Users of Huobi in Thailand can still make withdrawals.

According to the announcement, Huobi will continue to assist its Thailand users wherever they require assistance. As part of the assistance, these users will be able to withdraw their digital content before July 1, 2022.

However, the exchange acknowledges that it may be unable to assist anyone who is unreachable. Huobi’s official response on the matter continues, “once we shut down this portal, Huobi Thailand would have no legal or otherwise affiliation with Huobi global.” As a result, Huobi Global will not accept responsibility for issues relating to Huobi Thailand.”

Is Ethereum Classic (ETC) a Bull Trap or Can Breakout Trigger  Rally?

Thailand’s securities and exchange commission issued a warning notice to Huobi in February and March of last year regarding its management structure. Other flaws that the platform needed to address were also mentioned by the regulator.

Last September, the Thailand Securities and Exchange Commission issued an additional warning notice to Huobi regarding the same issue. The regulator, however, claimed that Huobi did not address those flaws. As a result, the regulator informed the exchange that it had temporarily withdrawn its operational license.

According to the announcement, any user who cannot be reached by the exchange after July 1 will lose any funds they have on the platform. The suspension of Huobi’s license in Thailand shows that authorities are gradually taking action to regulate the cryptocurrency space.

Huobi also confirmed registration of its license with New Zealand’s regulatory authorities. Huobi, like Dubai, can offer its full range of services in New Zealand.