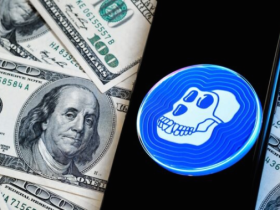 In May, there was a change in the “stable” narrative around Stablecoins because Terra experienced a de-peg. Following the upheaval in the market, the cryptocurrency area is currently recovering from wounds that have not fully healed. Despite this, the large drop led to catastrophic falls, which were exacerbated by the hawkish posture taken by the Fed, which added fuel to the fire.

Due to these occurrences, many traders have lost their confidence in the cryptocurrency market and their interest in it as well. Cardano and Tron have been contemplating the addition of a new stablecoin despite the present bearish views. These kind of moves caused people in the community to raise their eyebrows.

Developers working on the Cardano network disclosed the mainnet debut of Djed. Djed is an algorithmic and decentralized stablecoin built on top of the Cardano blockchain. In the meantime, the stablecoin utilizes Shen as its reserve currency to maintain price stability despite the turbulent conditions of the market.

It makes use of smart contracts to assure that prices will remain stable, and it will have a greater amount of application for DeFi activities. The launch post disclosed Djed as the ultimate token that users of the Cardano network would employ in order to pay transaction fees.

What Exactly Is Rug Pull in Cryptocurrency, and How Can You Spot One?

During this time, the testnet demonstrated a number of critical issues, such as invalid collateral type and requests that could not be processed. COTI said that the recognition of such vulnerabilities is standard practice and assured customers that resolutions would be provided prior to the mainnet release of the token in June (data from Cardano Feed).

One of the most anticipated developments pertaining to Cardano is the imminent launch of Djed’s mainnet. Around the end of June, the Vasil fork will become available. In addition to that, the community has larger expectations for the improvement in general.

TRON is a blockchain platform that is working on launching the mainnet for its USDD cryptocurrency. In spite of this, it would appear that the blockchain has a difficult path ahead of it because of its similarities to TerraUSD. The manner in which the LFG controlled the situation continued to be the source of outrage even since the UST scandal. As a result, USDD has seen significant pushback from members of the community.

While everything was going on, TRON made it clear in a press statement that the collateral ratio would be guaranteed. It even boasts a higher collateral ratio than DAI, which is 120 percent, with its own ratio being 130 percent. The concurrent collateral ratio for USDD is displayed on the website of TRON DAO, which is accessible to the public around the clock.

TRON has put a significant amount of money into risk tokens like as Bitcoin and other cryptocurrencies to back USDD in times of volatility, such as Terra. The similarities have stoked tensions within the cryptocurrency community, which was already agitated by the fact that Terra has a massive BTC reserve.

Despite this, Justin Sun, the founder of TRON, believes that diversification may assist in protecting USDD. He went on to say that they will protect the USDD using Bitcoin in addition to other assets, which would include all stablecoins. Sun has provided confirmation that USDD will be included in the reserve.