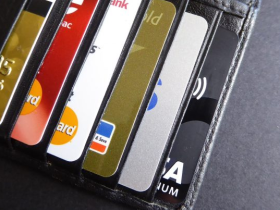 Crypto Cards for Latin America Have Been Announced By Bitso and Ripio.

Within the last week, the value of the governance coin for the community management network, known as ENJ, has increased by 25.21 percent. The surge appears to be natural, with the CMF (Chaikin Money Flow) showing a gradual increase, which suggests that inflows accompanied the upside price movements. Despite the fact that this appears to be a profitable signal for traders with a short-term horizon, the long-term outlook for the token is still disappointing.

ARK36 Executive: CBDC Could Be Dangerous to Stablecoins, But Not Bitcoin

Even though ENJ was successful in printing new ATHs in November 2021, the peak price was only marginally higher than the all-time high of $4.03 reached in April 2021. However, during these eight months, ENJ experienced a loss of more than 88 percent. In addition, despite the fact that the token reached an ATH in November, the typical balance held in investor accounts was greater in April 2021. In most cases, the decrease in price or the increase in the number of addresses results in a lower average (balance). The increase in ENJ holders was a contributor to the $24K monthly average in November. In the meantime, the current average balance of $2,500 can be attributed to the precipitous drop in prices.

It’s interesting to note that investors have kept their faith in Enjin Coin despite the 89% balance drop. ENJ maintained all 168K investors despite the 88 percent price fall. In addition, the resiliency of Enjin investors is apparent, as seen by the fact that holders have maintained their positions despite enormous market losses of $60 million on June 14. These losses developed because of transactions made by traders on the day, with those in a loss totaling $65 million.

Because of this, anyone who is interested in participating in this opportunity to join might want to wait for the token to provide indications for consistent surges before doing so. In addition to this, the Squeeze Momentum Indicator (SMI) gave the impression that there will be additional price drops in the near future. That likely matched sentiments in the broad market bias.

There have been significant recoveries across the board in the cryptocurrency industry today. While publishing this content, the overall crypto market capitalization stood at $931.04 billion, gaining 2.88 percent within the previous 24 hours. Also, Bitcoin gained more than 2 percent over the last day, trading at $20,926. Nevertheless, there’s nothing to suggest extended rallies at the moment.