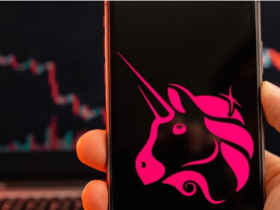 A Word of Caution to All You Potential Uniswap (UNI) Investors

Since May 2022, both USD Coin (USDC) and Tether (USDT) have seen significant increases in the circulating supply of their respective cryptocurrencies. The most recent spike in cryptocurrency exchange outflows and increased inflows in stablecoins confirm a bullish market strength, according to the July edition of the Global Crypto & Digital Assets report published by Bank of America.

As a result, USD Coin and Tether, two of the most prominent stablecoins, experienced a meteoric surge in accumulation from a market leader. A stablecoin group that holds between ten thousand and one hundred thousand tokens (sharks) has confirmed that intense accumulation has taken place over the past two to three weeks. Some cryptocurrencies, like Bitcoin, saw price increases at the same time. A graph, however, demonstrated that bulls were reluctant to scoop further. Santiment drew parallels between the two situations and stated that the accumulation showed skepticism toward the most recent rally and a reluctance to buy – Wall of Worry. That proves the aforementioned whale preferred stability over buying the dip in uncertain times.

The demand for stablecoins prompted the flagship companies to take action. To give just one example, WhaleAlert stated that, despite initial difficulties, Tether has resumed minting commitments. On August 3, Tether mined a second billion USDT. With that addition, the total reached $66.41 billion. In the meantime, that contributed to keeping its value at $1.

Not only that, but the narratives surrounding Circle’s stablecoin have remained impressive since the new year began. According to data provided by Dune Analytics, USDC holds a 52.4% market share of stablecoin transfer volume over the past 30 days. Tether, meanwhile, holds a 20.5% stake.

Currently, the increased popularity of stablecoins is likely to be interpreted as a sign of reluctance to invest further in Bitcoin. CEO of Binance Changpeng Zhao, however, does not appear to agree with such views. He thinks the rising number of stablecoins bodes well for cryptocurrencies (long-term).

There hasn’t been much price movement in the cryptocurrency market recently, with most assets remaining at the same levels as in the previous few days. For example, after falling below $23,000 yesterday, Bitcoin is once again trading above that level. At the time this was written, the price of a single Bitcoin was $23,148.36, up 0.29 percent from the previous day. Experts believe the token will have difficulty breaking through to new highs and that it will be difficult to reverse its recent downward trends. Additionally, purchasers should back the market’s uptrends with large volumes to ensure the actions continue.